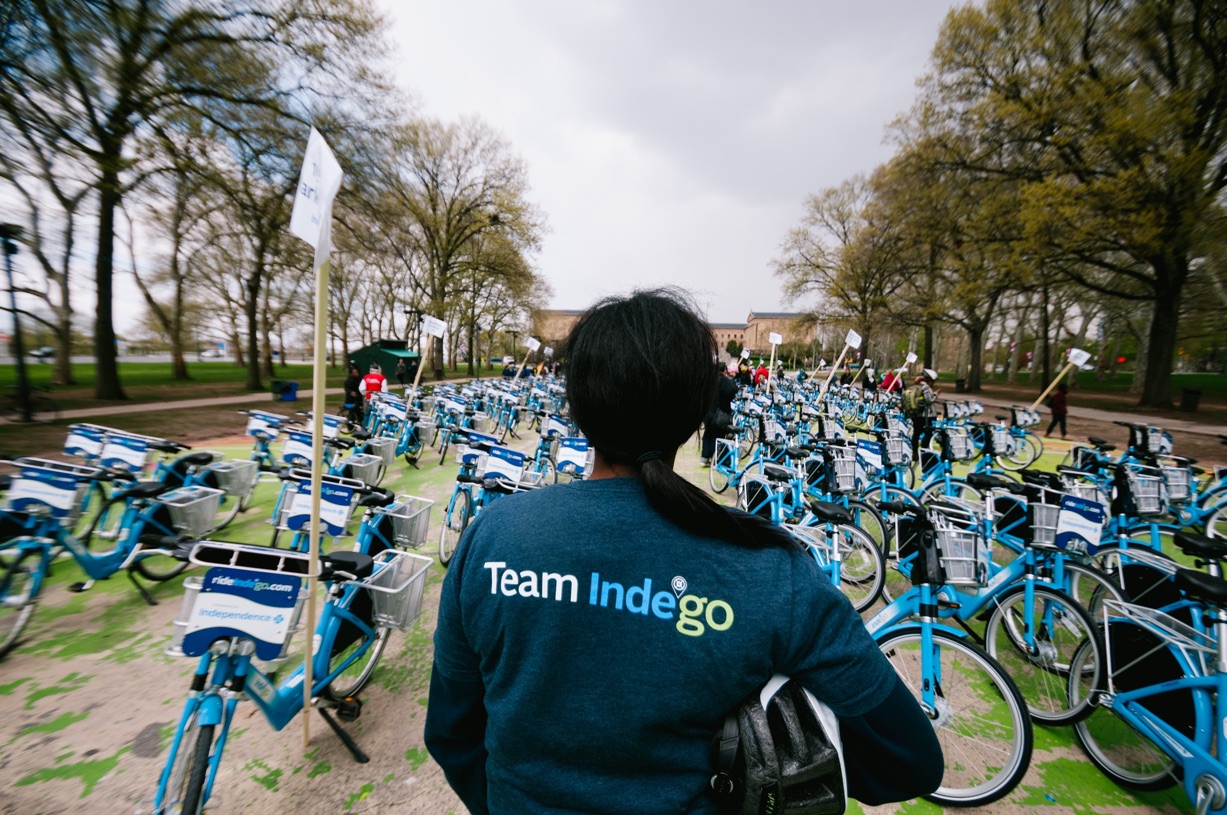 The City of Philadelphia launched Indego in 2015 as the city’s newest form of public transportation. It’s simple – with over 1,000 self-service bikes and 130+ stations, Indego offers 24/7 access to the City on your schedule. Whether you use Indego for transportation, recreation, fitness, fun, or just to hang with friends – Indego is for you! So, where are you Indegoing?

Indego is an initiative of the City of Philadelphia, which owns the bicycles and stations. Indego is planned and managed by the Office of Transportation & Infrastructure Systems (OTIS).

Staying active is essential for good health. Independence Blue Cross is proud to sponsor Indego and help provide an affordable, healthy form of transportation for residents, commuters, and visitors. It’s a natural extension of our mission to enhance the health and wellness of the people and communities we serve. Independence Blue Cross is the leading health insurance organization in southeastern Pennsylvania. For more than 80 years, we have been enhancing the health and well-being of the people and communities we serve. We deliver innovative and competitively priced health care products and services; pioneer new ways to reward doctors, hospitals, and other health care professionals for coordinated, quality care; and support programs and events that promote wellness. To learn more, visit www.ibx.com. Connect with us on Facebook, Twitter,  LinkedIn, and Instagram. Independence Blue Cross is an independent licensee of the Blue Cross and Blue Shield Association.

Philadelphia is proud to be a leading participant in the Better Bike Share Partnership (BBSP). BBSP is a JPB Foundation-funded collaboration between The City of Philadelphia, Bicycle Coalition of Greater Philadelphia, the National Association of City Transportation Officials (NACTO) and People For Bikes to build equitable and replicable bike share systems. To learn more, visit www.betterbikeshare.org.

BCycle, LLC manufactures the Indego bikes and stations. Based in Waterloo, Wisconsin, BCycle is owned by Trek Bicycles. Since launching the first U.S. large-scale public bike sharing system in Denver, Colorado, in 2010, BCycle has established itself as a proven, world-leading bike share equipment supplier. BCycle has systems in more than 40 cities, with more than 8,500 bikes on two continents.